Cambodia is a country in mainland South-east Asia, bordering Thailand, Laos, Vietnam, the Gulf of Thailand and covers a total area of 181,035 km2 (69,898 sq mi). The country is situated in its entirety inside the tropical Indomalayan ecozone[1] and the Indochina Time zone (ICT).

Cambodia's main geographical features are the low lying Central Plain that includes the Tonlé Sap basin, the lower Mekong River flood-plains and the Bassac River plain surrounded by mountain ranges to the north, east, in the south-west and south. The central lowlands extend into Vietnam to the south-east. The south and south-west of the country constitute a 443 km (275 mi) long coast at the Gulf of Thailand, characterized by sizable mangrove marshes, peninsulas, sandy beaches and headlands and bays. Cambodia's territorial waters account for over 50 islands. The highest peak is Phnom Aural, sitting 1,810 metres (5,938 ft) above sea level.

The landmass is bisected by the Mekong river, which at 486 km (302 mi) is the longest river in Cambodia. After extensive rapids, turbulent sections and cataracts in Laos, the river enters the country at Stung Treng province, is predominantly calm and navigable during the entire year as it widens considerably in the lowlands. The Mekong's waters disperse into the surrounding wetlands of central Cambodia and strongly affect the seasonal nature of the Tonlé Sap lake.

Two third of the country's population live in the lowlands, where the rich sediment deposited during the Mekong's annual flooding makes the agricultural lands highly fertile. As deforestation and over-exploitation affected Cambodia only in recent decades, forests, low mountain ranges and local eco-regions still retain much of their natural potential and although still home to the largest areas of contiguous and intact forests in mainland Southeast Asia, multiple serious environmental issues persist and accumulate, which are closely related to rapid population growth, uncontrolled globalization and inconsequent administration.

The majority of the country lies within the Tropical savanna climate zone, as the coastal areas in the South and West receive noticeably more and steady rain before and during the wet season. These areas constitute the easternmost fringes of the south-west monsoon, determined to be inside the Tropical monsoon climate. Countrywide there are two seasons of relatively equal length, defined by varying precipitation as temperatures and humidity are generally high and steady throughout the entire year.

Geological development
Southeast Asia consists of allochthonous continental blocks from Gondwanaland. These include the South China, Indochina, Sibumasu, and West Burma blocks, which amalgamated to form the Southeast Asian continent during the Paleozoic and Mesozoic periods.

The current geological structure of South China and South-East Asia is determined to be the response to the "Indo-sinian" collision in South-East Asia during the Carboniferous.[16] The Indo-Sinian orogeny was followed by extension of the Indo-Chinese block, the formation of rift basins and thermal subsidence during the early Triassic.

The Indochina continental block, which is separated from the South China Block by the Jinshajiang-Ailaoshan Suture zone, is an amalgamation of the Viet-Lao, Khorat-Kontum, Uttaradit (UTD), and Chiang Mai-West Kachin terranes, all of which are separated by suture zones or ductile shear zones. The Khorat-Kontum terrane, which includes western Laos, Cambodia and southern Vietnam, consists of the Kontum metamorphic complex, Paleozoic shallow marine deposits, upper Permian arc volcanic rocks and Mesozoic terrigenous sedimentary rocks.

The central plains consist mainly of Quaternary sands, loam and clay, as most of the northern mountain regions and the coastal region are largely composed of Cretaceous granite, Triassic stones and Jurassic sandstone formations.

General topography
Bowl- or saucer-shaped Cambodia covers 181,035 km2 (69,898 sq mi) in the south-western part of the Indochinese peninsula as its landmass and marine territory is situated entirely within the tropics.

The bowl's bottom represents Cambodia's interior, about 75 percent, consisting of alluvial flood-plains of the Tonlé Sap basin, the lower Mekong River and the Bassac River plain, whose waters feed the large and almost centrally located wetlands. As humans preferably settle in these fertile and easily accessible central lowlands, major transformations and widespread cultivation through wet-rice agriculture have over the centuries shaped the landscape into distinctive regional cultivated lands.[25][26] Domestic plants, such as sugar palms, Coconut trees and banana groves almost exclusively skirt extensive rice paddies, as natural vegetation is confined to elevated lands and near waterways. The Mekong traverses the north to south-east portions of the country, where the low-lying plains extend into Vietnam and reach the South China Sea at the Mekong Delta region.

Cambodia's low mountain ranges - representing the walls of the bowl - remain as the result of only rather recent substantial infrastructural development and economic exploitation - in particular in remote areas - formidably forested. The country is fringed to the north by the Dangrek Mountains plateau, bordering Thailand and Laos, to the north-east by the Annamite Range, in the south-west by the Cardamom Mountains and in the South by the Elephant Mountains. Highlands to the north-east and to the east merge into the Central Highlands and the Mekong Delta lowlands of Vietnam.

A heavily indented coastline at the Gulf of Thailand of 443 km (275 mi) length and 60 offshore islands, that dot the territorial waters and locally merge with tidal mangrove marshes - the environmental basis for a remarkable range of marine and coastal eco-regions.

low fertile Acrisol
"Sandy materials cover a large proportion of the landscape of Cambodia, on account of the siliceous sedimentary formations that underlie much of the Kingdom. Mesozoic sandstone dominates most of the basement geology in Cambodia and hence has a dominating influence on the properties of upland soils. Arenosols (sandy soils featuring very weak or no soil development) are mapped on only 1.6% of the land area."

"Sandy surface textures are more prevalent than the deep sandy soils that fit the definition for Arenosols. Sandy textured profiles are common amongst the most prevalent soil groups, including Acrisols and Leptosols. The Acrisols are the most prevalent soil group occupying the lowlands - nearly half of the land area of Cambodia. Low fertility and toxic amounts of aluminium pose limitations to its agricultural use, crops that can be successfully cultivated include rubber tree, oil palm, coffee and sugar cane.[32] The main subgroups are: Gleyic Acrisols (20.5%, Haplic Acrisols (13.3%), Plinthic Acrisol (8.7%) and Ferric Acrisol (6.3%)." 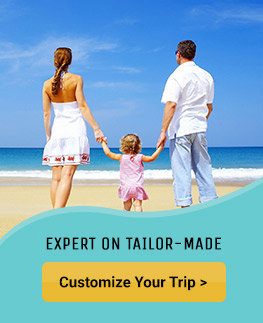